Calderdale Council’s Planning Committee has given the go ahead for ambitious plans to transform Halifax town centre.

At the meeting on Tuesday 16 June, members approved the latest designs for the A629 Phase 2, Halifax town centre project, which sets out plans for improving the town’s layout for both pedestrians and vehicles and delivering environmental benefits. The programme is funded by the West Yorkshire Combined Authority’s West Yorkshire-plus Transport Fund.

Designs include significant changes to make it easier to walk and cycle around the town, encouraging active travel. Bus users will benefit, with a revised bus network allowing for better connectivity with the rail station, improved on-street bus stop facilities and links to a new bus station planned for the existing site.

The scheme includes the upgrading of all major junctions surrounding the town and a modified route into and out of the east of Halifax, towards Charlestown Road. This aims to reduce the amount of traffic travelling through the town centre by evenly distributing traffic around each side.

The new layout will reduce the impact on the western route along Cow Green, which is currently very busy. This side of town will also benefit from highway and connectivity improvements including a better layout for pedestrians, with upgraded crossing facilities allowing for the closure of the unpopular underpasses.

In addition, the proposals introduce high quality improvements to the look and feel of the town centre, including the proposed pedestrianisation of Market Street. These combined measures all help to reduce emissions and improve air quality contributing to the Council’s carbon neutral targets.

Designs for the area between Halifax rail station and The Piece Hall, known as the ‘Eastern Gateway’ have been redeveloped following the Grade II listing of the former Hughes Corporation building. The scheme now retains the building in the plans, enhancing the overall look of the scheme with minimal impact to the original highway proposals.

The next stage of the process will see the submission of more detailed plans to the West Yorkshire Combined Authority this summer. Subject to further approvals and a successful tender process, a contractor will then be appointed with a view to the work starting on site in 2021. It is expected, subject to smooth delivery of the project, that the work will be completed in 2024. It will be delivered in manageable phases to minimise disruption.

West Yorkshire-plus Transport Fund schemes are designed to increase housing, employment and economic growth across the Leeds City Region and include new and expanded highways, improved access corridors and junctions for pedestrians, cyclists and vehicles and enhanced provision of parking at rail stations and greater investment in public transport infrastructure.

For more information on the A629 project and other major improvements to transport, public spaces and business premises, visit www.calderdalenextchapter.co.uk(external link) 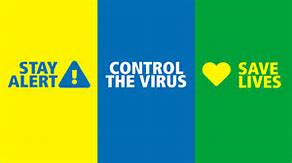